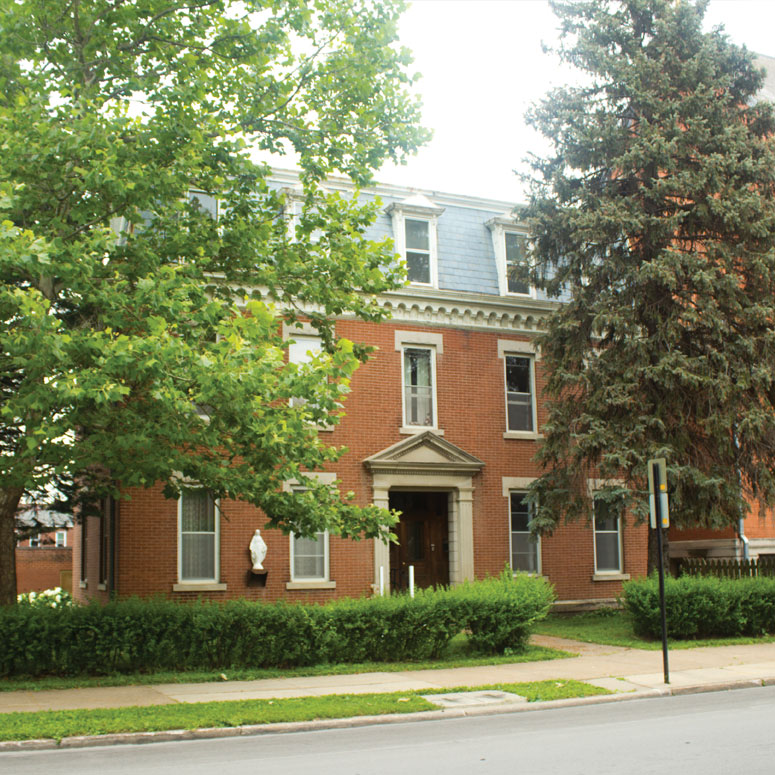 The Steeple Square Board of Directors announced that a day care center will be opened in the former St. Mary’s rectory.

The facility will be called the Marita Theisen Child Care Center at Steeple Square. It is not expected to be ready for children until late 2018 or sometime in 2019, according to board President Jack McCullough.

“We’ve been talking about this for three or four years,” McCullough said. “We weren’t sure where it would be, but as we developed plans for the rectory we discovered we could put a child care center in there.”

He said the entire Theisen family was involved in the fundraising effort.

“I’m very grateful,” Marita Theisen said in a statement. “It was important to have not only the siblings but our grandchildren involved in giving toward this project in some way.” 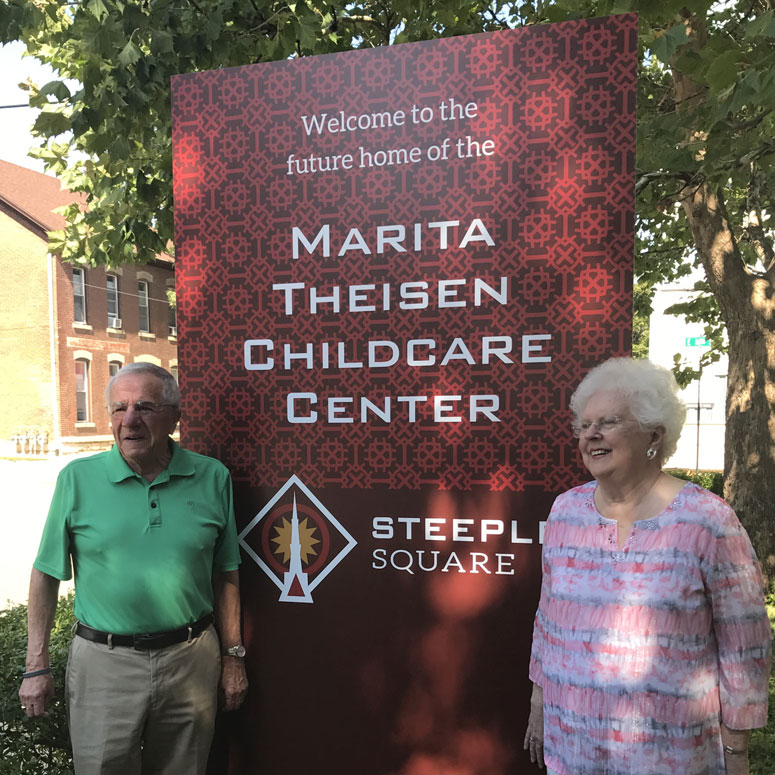 McCullough said the center, located at the former St. Mary’s Catholic church campus at 15th and White streets, will be able to accommodate 60 children at one time. He hopes to have renovations started by this time next year.

Sharon Covey, president and CEO of the Dubuque Community YMCA/YWCA, said her organization might partner with Steeple Square to run the center once it opens.

“We’re working on the possibility of the Y providing the day care,” Covey said. “We would basically do what we do at our other licensed (day care) centers.”

In April, the United Way of Dubuque Area Tri-States and the Community Foundation of Greater Dubuque published a survey study in which 48 percent of respondents said they could not afford child care and 40 percent said they were unable to find child care.

“We have a waiting list at all of our locations,” Covey said. “There is a particular need for licensed and affordable child care all across Dubuque.”

Michelle Brown, executive director of Opening Doors, said a day care facility in Steeple Square will be perfect for her clients.

“The mission of Opening Doors is to help women rebuild their lives and eventually live on their own,” she said. “The two major barriers our women have in getting a job or returning to school is transportation and child care.”

Brown said residents at Opening Doors programs Maria House and Teresa Shelter, both located near Steeple Square, don’t own their own vehicles.

“That’s why, for our women, the proximity of the child care center would be wonderful,” she said. “Now they have to walk several blocks, sometimes in bad weather, to the nearest center.”

McCullough and Brown said the project probably wouldn’t ever happen without help from the Theisen family.

McCullough said in addition to the day care center, the board is raising money and making plans to fix up the exterior of the steeple itself. He said there is no direct time line, but the board would like it to start next year.