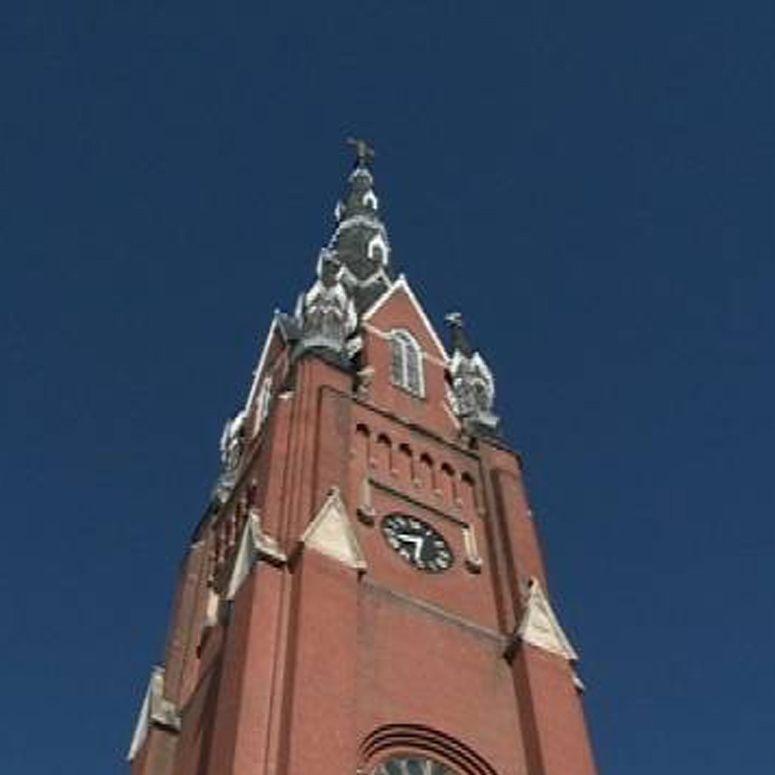 A long-standing eastern Iowa church is finding new purpose, as a group of visionaries in Dubuque is breathing new life into an historic building and neighborhood.

When St. Mary’s closed its doors to the public in May of 2010, it ended 157 years of Catholic masses. The Archdiocese of Dubuque closed St. Mary’s doors nearly four years ago, citing financial troubles.

Throughout this past year, however, a group of people in Dubuque has been brainstorming ways to reclaim the historic church and its surrounding buildings, referred to collectively as the St. Mary’s Campus.

Megan Starr is in that group. She works for Dubuque’s Economic Development Department as the director of the Washington Neighborhood Corporation. She also lives in that neighborhood.

“The goal is that (the St. Mary’s Campus) would become an attraction, not just to residents within the Washington Neighborhood, but community-wide in Dubuque, that it would bring people into the neighborhood,” Starr said.

The Washington Neighborhood as it currently stands, Starr said, has seen better days.

“When you walk through the Washington Neighborhood, you can see that it has really good bones,” Starr said, “but to see buildings that have boarded up windows or vacant storefronts, it can lead to more distress and create areas of crime and blight.”

She said returning vibrancy back to the St. Mary’s Campus will be, “not only a benefit to the neighborhood but the entire Dubuque community.”

Plans for St. Mary’s Campus include office space for small businesses and a community kitchen.

“The Jackson School building, we’re looking at creating 12 apartment units that will be made available to low-income residents as in the form of permanent supportive housing,” Starr said. “We’re looking at redeveloping the church, St. Mary’s church itself, into an event space with flexible programming space on the lower level that will serve non-profits.”

There is not yet a timeline or ballpark cost estimate for the renovation, Starr said.

Organizers say they hope the St. Mary’s Campus renovation is a continuation of the development that’s happening just four blocks away, in Dubuque’s Historic Millwork District.